In honor of a hero who was so humble. 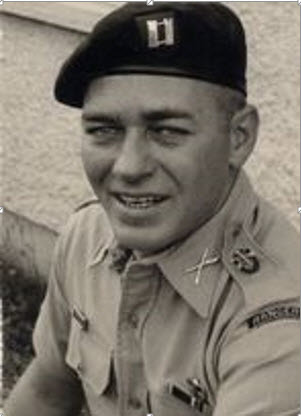 She asked why was there something she didn't know about my Uncle? We all knew he was very committed to being in the military but he never talked about any of his success. Every time he would tell a story it was always to honor his fellow commrads never about himself. He was so amazingly humble we had no idea. My Mom received a Military Resume they had done for Uncle Ben and in that article we now see how amazing he really was.

Lt. Col. Ret. George (Ben) Aiken passed away on July 29, 2007 in Gig Harbor, WA. Benny (as referred to by friends and family) was born on July 7, 1937 in El Paso, Texas to Nolan and Marcella Aiken. He received a Bachelor of Arts Degree from Texas Western College and was Vice President, Secretary, and Pledge Master of his fraternity, Phi Kappa Tau. Upon graduation in 1960, he received his commission into the United States Army. He earned a Masters of Arts Degree in Public Administration from Webster College. Early on in his military career he spent a great deal of time on duty in Europe and later on as a Green Beret in the Special Forces, he served multiple tours of duty in South East Asia. He was awarded numerous medals, some of which were the Legion of Merit, Distinguished Flying Cross, the Meritorious Service Medal (2), the Bronze Star (3), the Silver Star, Purple Heart (3), and a President’s Citation. His last assignment was that of Olympics Security Coordinator for the Summer Olympics in Korea.US ARMY, Retired as a Lieutenant Colonel, Infantry/Special ForcesHeld numerous worldwide assignments as both a Line Officer and in Staff positions during a 28-year professional Military career:

Planned and conducted counter-terrorism activities during the 1988 Summer Olympics in Seoul, Republic of Korea.  Responsible to the Commander-in-Chief for the Security of 28 venues from the DMZ to the southern tip of the country; integrating both civilian and military multi-national elements.  Planned and directed Special Operations Command (SOC) activities during the Granada incursion.

He retired in 1988 after 27 years of serving our country and moved to Tucson, Arizona where he taught ROTC for the Pima County Schools. In 2005 he moved to Fox Island, WA to be near his family. He was preceded in death by his mother and father. He is survived by one sister, Dorothy Fanning and her husband, Harry. He had a nephew Michael Fanning, and his  two children, Jack and Emerson and also his niece Deana Fanning and her son Jared. One of the last things Benny did was to sponsor Jared on a trip to Europe to play in two soccer tournaments. He was very proud to be able to do that. He will be missed by his many friends and family. At his request, there will be no public memorial and his ashes will be returned to Tucson.

When you are a true hero you don't need to talk about it because it just is! In Honor of my Uncle Ben!

Related Articles
Uncategorized People size you up in seconds, but what exactly are they evaluating?   Harvard social psychologist Amy Cuddy In her new book, "Presence,"   says people quickly answer two questions when they first meet you: Can I trust this person? Can I respect this person?   She goes on to say that Trust is by far the most inportant. So many times in business today we put […]
Uncategorized Looking forward to this Event.  Inman Connect New York 2016 Schedule Speakers     Thursday, January 28 • 4:00pm – 4:30pm Failing Forward – Lessons Learned from Missed Opportunities     TweetShare Speakers Michael Fanning Senior Vice President, Client Services, Windermere Real Estate Michael Fanning is responsible for assisting with the growth of the Windermere brand. His responsibilities include expanding […]
Uncategorized Why should you take education classes outside your area? Why take Classes outside your market area? from Windermere Real Estate on Vimeo.